Why is Cordyceps (Yarsagumba) known as biological gold?

One of the most expensive fungi in the world is half insect and half-plant isn’t it strange? It’s strange but true. Cordyceps (Yarsagumba)  is a globally recognized medicinal plant found in deep Himalayas of Asia.

This medicinal herb has the capability of curing various fatal diseases and extremely good at increasing immunity power that’s why they are also called Himalaya gold. Let’s explore more below. 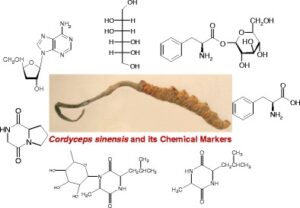 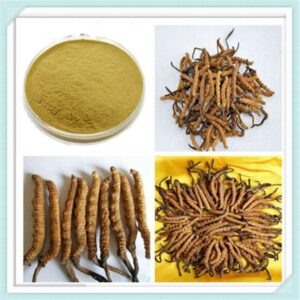 All around the world, there are more than 50,000 species of medicinal plants that have been used for curing various diseases. Among all of those herbal plants, Cordyceps is one of the most recognized and expensive medicinal plants.

Yarsagumba (Cordyceps Sinesis) also known as caterpillar fungus is a rare herb with unique characteristics found in the Himalayan Region of Nepal, India, Bhutan, Japan, Korea, and Thailand. Cordyceps are formed from the combination of caterpillar and fungus, and is found in the meadows above the altitude of 3500m. This unique herb is rich in its medicinal value and its popularity is overwhelming all over the world. 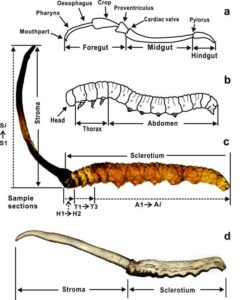 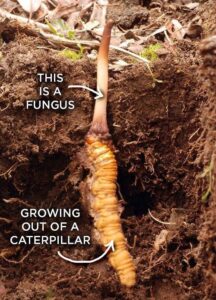 The caterpillar larvae grow in the soil of altitude between 3500m-4000m during summer and before the monsoon starts, the fungus scientifically known as Ophiocoryceps Sinensis is settled in the head of the caterpillar. The fungus then receives the energy from the caterpillar to grow which eventually leads to the death of caterpillar.

In winter, the fungus starts coming up from the caterpillar head, which will be the length of approx. 5-7 cm.  Then, the herb is harvested from March to May, before the monsoon rains start. 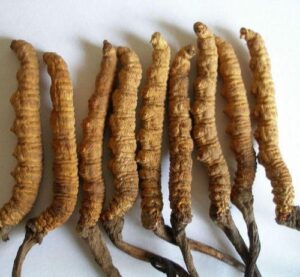 Cordyceps is popularly called as summer plant and winter insect in Tibet. It is famous in China for its traditional medicinal values. Cordyceps is a highly expensive herbal medicine in the world with lots of benefits. It helps in curing:

Besides, this the medicinal fungus also reduces fatigue, boost the immune system, and improves sexual performance as a powerful aphrodisiac medicine, so it is also known as Himalayan Viagra.

Why Cordyceps is compared to the value of gold? 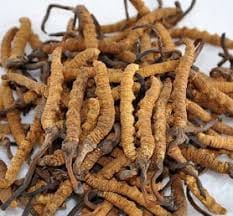 Cordyceps is the expensive fungus found above the snowline Dolpa, Humla, Jumla, Kalikot, Mustang, Manang, Rasuwa district of Nepal, and Bhutan, Tibet, China and also found in the Himalayas of India.

The most popular destination for selling Cordyceps is in China. The value of Cordyceps is measured in terms of kilograms (kg). 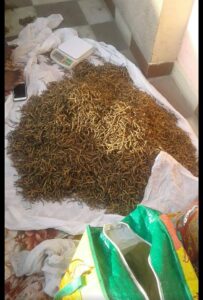 The story of Cordyceps hunter

Yarsagumba is an expensive herbs with a lot of medicinal values. The Yarsagumba helps to uplift the country’s economy and is also important for biological well-being. Hence, Cordyceps is called as a Biological Gold. 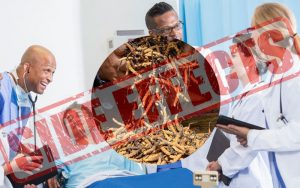 Nothing is absolutely perfect, so despite all the benefits of biological gold “Cordyceps” there also exist some of the Side effects of Cordyceps. Some of the common side effects are:

Also, there isn’t any information mentioned regarding the safety of consuming Yarsagumba by a pregnant woman.

As Cordyceps helps to improve the immune system, in some cases overdose of Cordyceps may trigger auto-immune diseases like Lupus, multiple sclerosis, rheumatoid arthritis (RA), or other conditions. So it is always good to take the prescription before consuming it.

Please do share with us what questions or concerns do you have or we are always open to take input for the reader’s side.

1
Share
Prev post Orchid plants and how to grow and take care of orchids at home.
Next post Best compost at home and Different ways for Composting 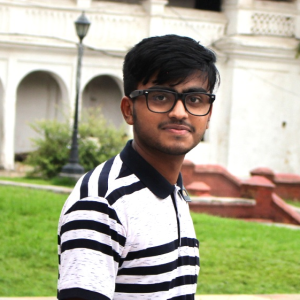 #1 Which plant became the first to grow on the moon’s surface?

#2 Which toxin is not present in room…

#3 The fastest yielding vegetable is…

#4 In which of these continents cashew trees doesn’t grow?

#5 Which is the largest tree in the world ?